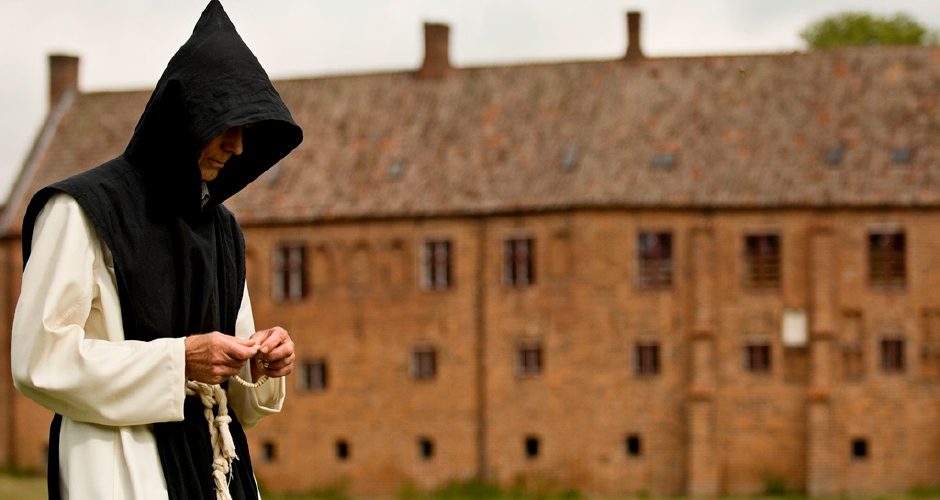 1098 – The Cistercian Order is founded in France (Cîteaux)

1151 – Esrum Abbey is founded as a daughter monastery of Clairvaux by invitation of Archbishop Eskild, who by a visit at Bernhard of Clairvaux, gave the abbey a piece of land in North Zealand

1536 – The Reformation in Denmark. The monks remain at Esrum Abbey while cultivating the land, but no new members  are accepted.

1559 – The remaining order at Esrum Abbey, comprising 11 monks and 1 abbott, are dispatched to Sorø monastery. The estate is transferred to the king. Dismantling of the buildings commences.

1560 – Stud farming commences and is continued for 200 years. The remaining part of Esrum Abbey is used as a hunting lodge and agriculture on the farmyard.

1717 – The headquarters of the stud farm is moved to Frederiksborg. Esrum is garrisoned by three dragoon companies.

1796 – The abbey is turned into a district tax office from where taxes are collected and the poor relief supervised.

1878 – The site is placed under Frederiksborg County, a branch of the district revenue administration is still operating till 1925

1931 – Esrum Abbey is used for storage by the National Museum of Denmark and becomes a post house, orphanage and private residences.

1940-1945 – The Danish National Archives, the National Museum of Denmark and the Royal Library uses the building as bomb and fireproof hiding place for special letters.

2000 – The abbey is conjoined with Esrum Millyard and becomes an independent institution and attraction.